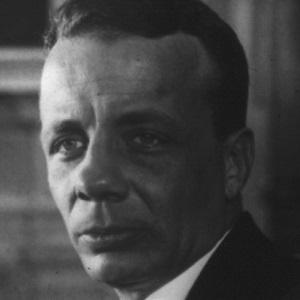 Remembered best as the oldest son of United States President Theodore Roosevelt, he was also a politician in his own right. After serving in the New York State Assembly during the early 1920s, he held office as Assistant Secretary of the U.S. Navy, Governor of Puerto Rico, and Governor General of the Philippines.

After graduating from Harvard College and briefly working as a businessman, he enlisted in the military and served in World War I (and later, World War II).

He played a key role in establishing the American Legion and was killed in World War II just weeks after earning the Medal of Honor for his bravery during the D-Day invasion of Normandy, France.

The son of Theodore and Edith Roosevelt, he grew up with sisters named Ethel and Alice and brothers named Quentin, Archie, and Kermit. His marriage to Eleanor Butler Alexander resulted in three sons and one daughter.

Roosevelt and his friend and military comrade Terry Allen were criticized by Four-star General George Patton for what Patton viewed as their too casual approach to war. Roosevelt and Allen drank heavily when off-duty and did not always wear their uniforms.

Theodore Roosevelt Jr. Is A Member Of