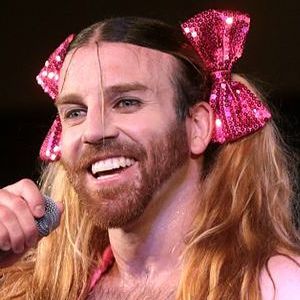 Cross-dressing professional wrestler and metal singer who's become well-known in Hong Kong and Japan for his Ladybeard persona. He often performs in a two-piece cheerleader-esque outfit.

He studied acting and practiced martial arts growing up, which helped him transition into stunt training and then professional wrestling.

He's stated that he comes from an academic family made up largely of doctors and lawyers who have been supportive of his career path, especially his younger sister and older brother.

His Ladybeard character is reminiscent of an episode of Futurama starring Bender, voiced by John DiMaggio, as a cross-dressing wrestler named the Gender Bender.

Ladybeard Is A Member Of