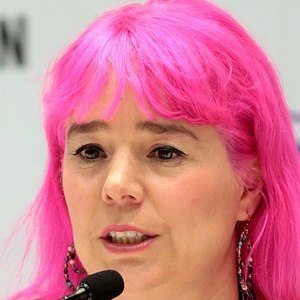 Most famous for her Daughter of Smoke and Bone fantasy series, this author of young adult fiction also penned the Faeries of Dreamdark books and collaborated with her husband, artist Jim Di Bartolo, on a graphic novel titled The Drowned.

Over a decade after graduating from the University of California, Berkeley, she published her debut young adult novel, Dreamdark: Blackbringer.

Her 2009 work Dreamdark: Silksinger won the Cybil Award, and her first two Daughter of Smoke and Bone books were named Best Teen Books by Amazon.com.

She and her two siblings grew up in Chico, California. She and her husband Jim later settled in Portland, Oregon, and became parents to a daughter named Clementine.

In 2012, Hollywood producer Joe Roth signed on to create a film based on Taylor's first Daughter of Smoke and Bone novel.

Laini Taylor Is A Member Of