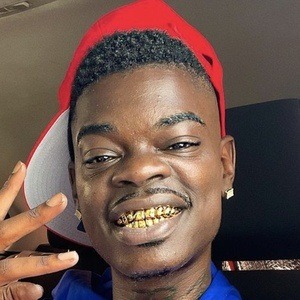 Rapper who went viral with his hit single "Haitians." He has been cosigned by notable rappers such as Meek Mill, Pusha T, and Zoey Dollaz, among others. He has been signed with G.O.O.D. Music.

He got his break while working at McDonalds when he told a customer he could rap and was invited into his studio for the first time in 2008.

His style has been compared to the likes of Lil Wayne and Big Sean.

He was born in Lauderhill, Florida. His uncle used to play Tupac for him growing up and he was into Cash Money and Lil Wayne as a kid.

Lajan Slim Is A Member Of