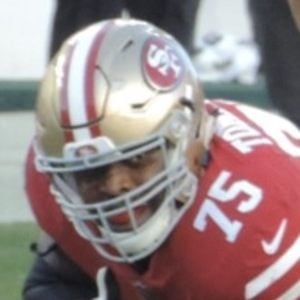 Offensive guard who became a First-Team All-ACC selection in his junior year at Duke University. He was a four-time First-Team All-Conference selection at Lane Technical High School. In 2015, he was selected 28th overall in the NFL Draft by the Detroit Lions.

He was ranked as the twenty-third best guard in the country coming out of high school by Scout.

He received the Sonny Falcone Iron Duke Award in 2012.

His mother is Audrey Wilson.

He was drafted by the Lions to help protect the team's quarterback Matthew Stafford.

Laken Tomlinson Is A Member Of