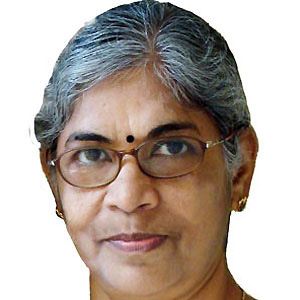 She studied chemistry, library science, and education at the University of Kerala.

She married K.M. Lenin and gave birth to a son named Anil.

She and author RK Narayan were both born in India.

Lalitha Lenin Is A Member Of