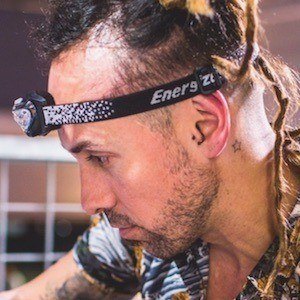 Founder of the shop House of Monkey Tattoo, he is a self-taught tattoo artist who would compete on the series Ink Master in season 2. He specializes in a specific style of tattoo design called "magical realism."

Growing up in Colombia, he wanted to be a musician. He learned to do tattoos after an Italian tattoo artist taught him to make a homemade tattoo machine with the motor of a tape recorder, a spoon and a pen.

He and Melody Mitchell have a son named Kai.

He competed against Katherine Flores on the 2nd season of Ink Master.

Lalo Yunda Is A Member Of