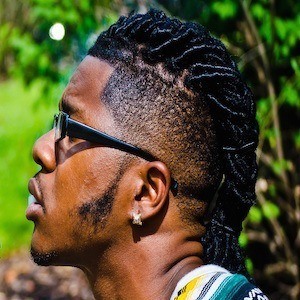 Rapper, whose content circles around Christian themes as well as positivity and motivation. He calls it Transitional Music. He has worked with Island Def Jam Records and many of their signed artists, among other big hip hop labels. His debut album Country Rap Tunes, Vol. 1, was released in June 2015.

While growing up, he was placed in 26 different foster homes and didn't always receive the care he needed. This drove him to robbery and theft in his teens. He was eventually arrested. During his time in prison he turned to the Christian faith and to spoken word poetry as a form of therapy.

He created the organization Holloway's Idea, which strives to bring the world together through art and entertainment. The organization was named for inspired by his one-time social worker, who became his biggest supporter and influence.

He grew up in Athens, Alabama, and was placed in foster care at the age of thirteen.

He has worked with R&B singer Ashthon Jones, among others.

Lamar Cole Is A Member Of