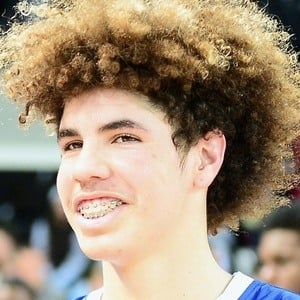 Point guard highly recruited at a young age who verbally committed to play at UCLA, then deferred in order to play one season of professional ball in Australia with the Illawarra Hawks of the NBL. He was selected third overall in the 2020 NBA Draft by the Charlotte Hornets.

As an 8th grader, he played against under-17 competition and dropped 32 points. He has starred on the reality series Ball in the Family with his family.

He was the third Ball brother to commit to UCLA, following his older brothers LiAngelo and Lonzo. He dated Ashley Alvano in 2017.

He and Anthony Edwards were both top three picks in the 2020 NBA Draft.

LaMelo Ball Is A Member Of