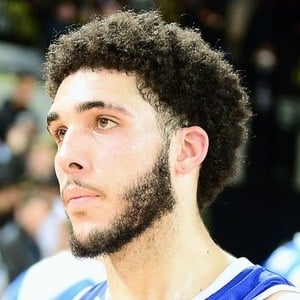 Basketball swingman who committed to play at UCLA as part of the 2017 recruiting class. He was ranked as a three-star recruit by ESPN. He stars with his family on the reality show Ball in the Family.

He played high school basketball for Chino Hills High as a shooting guard. He averaged more than 27 points per game as a junior.

He has a strong Instagram presence, with 2.8 million followers on his account named gelo.  He was accused of shoplifting while his UCLA team was visiting China for a week long trip.

He is the middle Ball brother, younger than Lonzo and older than LaMelo Ball. All of the Ball brothers committed to play at UCLA. He has dated fellow fellow basketball player Jaden Owens.

He was a highly-recruited UCLA commit, like Shabazz Muhammad.

LiAngelo Ball Is A Member Of