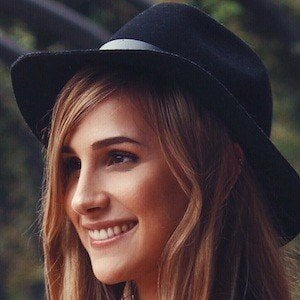 YouTube personality who is widely known for her Lana channel's content. She has gained popularity there for her beauty and makeup themed vlogs, including lookbooks, fashion favorites, and makeup tutorials.

She and Luzu got engaged in January 2018. In September 2020, they announced they were expecting their first child. In April 2021, she made her first Instagram post with her son.

She collaborated with fellow YouTuber Raya Encheva on her YouTube video "Newlyfriend Tag with RayaWasHere | Lana."

Lana Holmes Is A Member Of