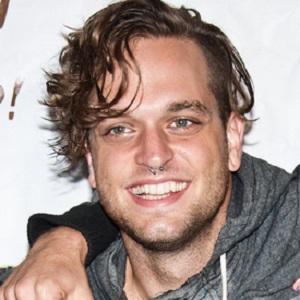 Frontman for the indie pop band Sir Sly who performs alongside Jason Suwito and Hayden Coplen. Together they released their debut single 'Ghost' followed by the Billboard charting single 'Gold.'

He and Sir Sly gained initial exposure after topping The Hype Machine chart.

Their single "Gold" was featured in the video game MLB 14: The Show and in the trailer for Assassin's Creed IV: Black Flag.

He is a contemporary of fellow indie pop singer Sara Quin of Tegan and Sara.

Landon Jacobs Is A Member Of