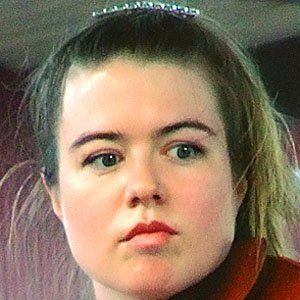 Violinist and founder of Ancalagon LLC, an artist-owned label that was an early adopter of music distribution through the internet.

She began playing violin when she was two years old and had her solo debut two years later. When she was ten years old, St. John was invited to play with the Gulbenkian Orchestra in Lisbon.

She has worked with many symphonies across the world, including the Guangzhou Symphony Orchestra and the Queensland Orchestra.

Her mother taught music and her father taught language; they encouraged St. John and her brother to nurture their musical talents at a young age.

Her album of solo violin music by Johann Sebastian Bach was deemed controversial due to its cover, which featured St. John's chest covered only by her violin.

Lara St. John Is A Member Of