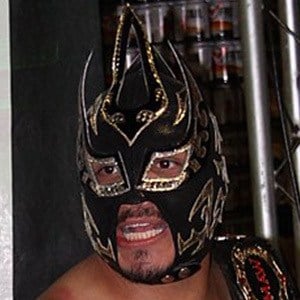 Luchador enmascarado who became the AAA World Cruiserweight Champion and AAA World Trios Champion in his first reign. He originally used the ring name of The Exterminator, but changed it to Laredo Kid after one year.

He made is debut in 2003 and worked on the Mexican Independent circuit until early 2005.

He did a WWE tryout match and wrestled under the named Tony Guevara. He teamed with Sammy Guevara, and they were defeated by Los Matadores.

He often wrestled against his brother "Oscuridad." He trained with his uncle Muerte Subita.

He was featured in a wrestling web series called Lucha Capital with Pentagon Jr..

Laredo Kid Is A Member Of