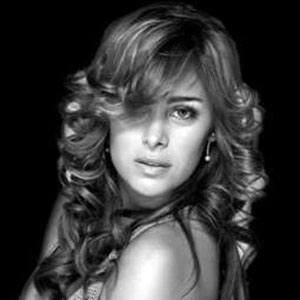 One of Paraguay's top-earning models who was the face of the 2010 World Cup. She also competed in Argentina's version of Bailando por un Sueño.

She began competing in beauty contests in 2005 and that same year she was cast in the reality show Verano Show.

She gained international attention after being photographed at the 2010 FIFA World Cup supporting Paraguay's national team. She was given the nickname "The World Cup's Girlfriend." She's posed for Playboy Brazil.

Her full name is Larissa Mabel Riquelme Frutos. She was romantically linked to soccer star Jonathan Fabbro in 2013.

Larissa Riquelme Is A Member Of