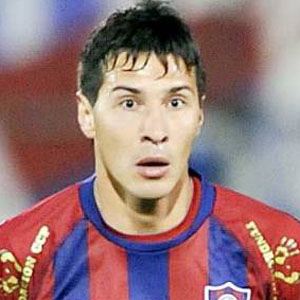 Attacking midfielder who signed with Cerro Porteno in 2011 after scoring 35 goals in three seasons with Club Guarani.

He made his professional debut with the Argentinos Juniors in 2000, at age 18.

He was promoted onto Paraguay's senior national squad in 2012.

Jonathan Fabbro Is A Member Of