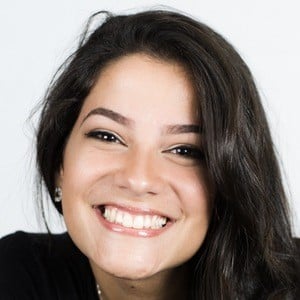 Contestant on the 2018 season of The Voice Brasil who has previously studied piano, guitar and languages. She was eliminated during the Live Coaches' Battle round.

She performed in front of the Pope and 3.5 million other people at World Youth Day in 2013.

She graduated from the Brazilian Conservatory of Music where she studied singing and music theory and an extension in music therapy.

Lulu Santos was her coach on The Voice Brasil.

Larissa Viana Is A Member Of