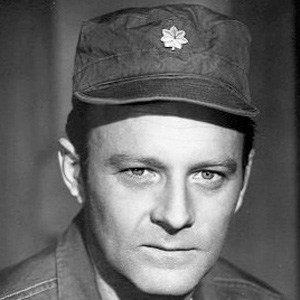 Best remembered for playing the role of surgeon Major Frank Burns on the series, M*A*S*H.

He was one of just three Americans to receive a scholarship to the Royal Academy of Dramatic Arts in London the year he applied.

He guest-starred on many TV shows after leaving M*A*S*H*, including The Love Boat and Bonanza.

He was married five times and had a child named Kelly.

His character stood in stark contrast to that of Alan Alda's on the hit series M*A*S*H*.

Larry Linville Is A Member Of