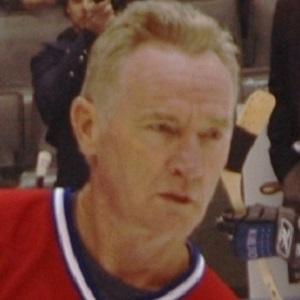 Legendary NHL Hall of Fame defender for the Montreal Canadiens. He became head coach of the New Jersey Devils and Los Angeles Kings after retirement.

He was twice named the NHL's Most Outstanding Defender, and he was also recognized as the MVP of the 1978 playoffs.

He fathered a daughter and a son, Rachelle and Jeffrey, with his wife, Jeanette.

He played alongside the legendary Guy Lafleur on the Montreal Canadiens.

Larry Robinson Is A Member Of