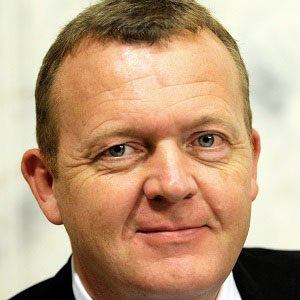 From 2009 until 2011, this Venstre (Danish conservative-leaning liberal party) politician held office as Prime Minister of Denmark. Previously, he had served as Minister of Finance and Minister of the Interior and Health.

After earning his law degree from the University of Copenhagen, he worked briefly as a consultant. In 1994, he began his political career as a member of the Folketinget (the Danish parliament).

He was widely criticized for his statements and actions at the United Nations Climate Change Conference of late 2009 (held in Copenhagen).

A native of Vejle, Denmark, he was born to Lise Lokke and Jeppe Rasmussen. His marriage to Solrun Lokke Rasmussen resulted in three children.

In 2011, Helle Thorning-Schmidt succeeded Rasmussen as Prime Minister of Denmark.

Lars Lokke Rasmussen Is A Member Of