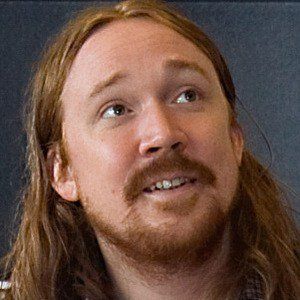 Decorated singer and songwriter who made his debut in 1996 with the album Dans med svåra steg. He has gone on to release more than a dozen hit albums, many of which were rereleased and charted once again in 2011.

He first made a name for himself as a member of the Swedish punk band Snoddas. The band split in 1994, though they did briefly reunite at the Hultsfred Festival in 2009.

He has won several Grammis Awards throughout his career including 1999's Best Songwriter, 2007's Song of the Year, and 2010's Best Performer.

Both he and Miss Li are popular singers from Sweden.

Lars Winnerback Is A Member Of