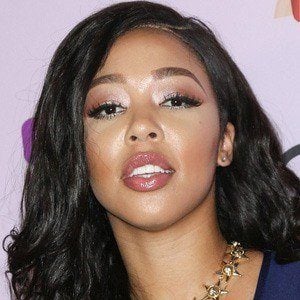 DJ who joined the cast of Basketball Wives LA in 2016. She has served as Currensy's official DJ and spun for Amber Rose's SlutWalk in 2015.

She attended the University of Texas as Arlington, where she played Division 1 basketball for four years.

She grew up with a father who served in the military. She was briefly married to NFL player Brian Jackson and has a son. She became engaged to NBA player Iman Shokuohizadeh in 2016.

She briefly dated rapper Drake who is known to be a supporter of her work.

Latosha Duffey Is A Member Of