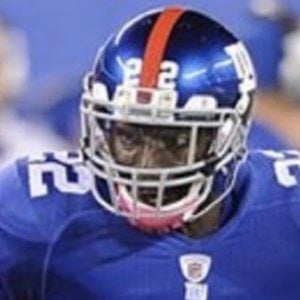 Cornerback who began his NFL career with the New York Giants in 2010.

He played college football at Oklahoma.

He went undrafted in 2010, but was signed after the draft as a free agent by the Giants.

His cousin Chris Draft played linebacker in the NFL.

He joined quarterback Eli Manning on the New York Giants in 2010.

Brian Jackson Is A Member Of