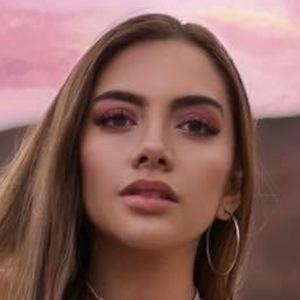 Singer and YouTube star known for her self-titled channel where she has gained upwards of 950,000 subscribers posting Spanish covers of popular songs by artists like Taylor Swift, Jessie J, and Sia. In 2019, she joined the girl group V5 to compete on the reality show The X Factor: Celebrity.

One of her most popular Spanish song covers of Ariana Grande's "Problem" earned more than 3 million views after it was posted to YouTube.

She has covered several songs by John Legend like "All of Me" and "Like I'm Gonna Lose You."

Laura Buitrago Is A Member Of