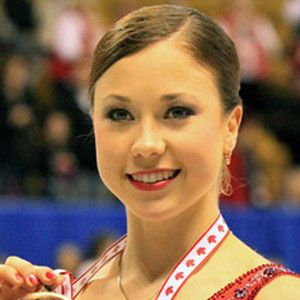 Finnish former figure skater who won a gold medal in ladies' singles at the 2009 European Figure Skating Championships. She later became the first Finnish female to medal at the World Championships, winning bronze in 2010.

She first made a name for herself during the 2002-03 season, winning the junior gold medal at the Warsaw Cup.

She issued an apology for performing in North Korea at an event meant to honor Kim Jong-il.

Her older sister is also a figure skater.

She finished ahead of silver medalist Carolina Kostner at the 2009 European Figure Skating Championships.

Laura Lepisto Is A Member Of