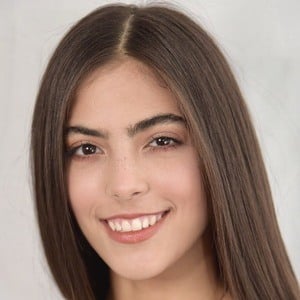 Multi-talented dancer and actress who became a regular on the series Jenni Rivera: Mariposa de Barrio and Sangre de mi tierra. In 2017, she began playing Maca on the Nickelodeon series Club 57.

She has spent time as a model and songwriter.

She co-wrote the 2017 short Mission Impossible: Santa Edition. She has earned over 350,000 fans on TikTok, where she posts comedy videos and trendy dance clips.

Her family is of Cuban descent and she's been based in Miami, Florida.

She choreographed a 2018 dance video set to Britney Spears' "Sometimes."

Laura Rosguer Is A Member Of