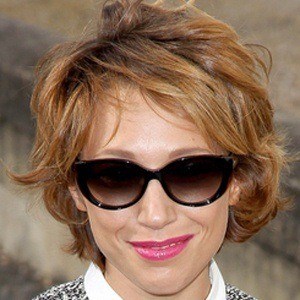 Actress who is widely known for her career throughout the French film industry. She has gained popularity for her roles in 2014's Yves Saint Laurent and 2003's Eager Bodies, for which she received a nomination for the César Award for most promising actress.

She earned her debut on-screen credit for her work on 2003's Eager Bodies.

She won the Romy Schneider Award in 2004 as recognition of her as an up-and-coming actress.

Her father is rock musician Johnny Hallyday and her mother is actress Nathalie Baye.

She appeared alongside Pierre Niney in the 2014 biographical film Yves Saint Laurent.

Laura Smet Is A Member Of