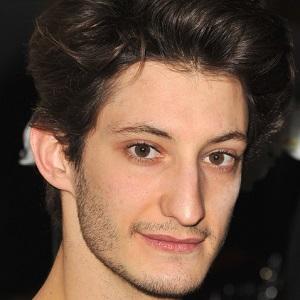 Known for his César Award-nominated roles as Primo Bramsi and Maxime in the respective films J'aime Regarder Les Filles (I Like Looking at Girls) and Comme des Frères (Like Brothers), this French actor also starred as Yann Vérac in the 2010 television series Marion Mazzano.

In his early twenties, he began performing with a renowned French theater company known as the Comédie-Française.

In 2008, he appeared in a popular teenage comedy film titled Nos 18 Ans (Our Eighteen Years).

He was born in the Paris suburb of Boulogne-Billancourt, France.

He portrayed the famous fashion designer Yves Saint Laurent in a 2014 biographical film.

Pierre Niney Is A Member Of