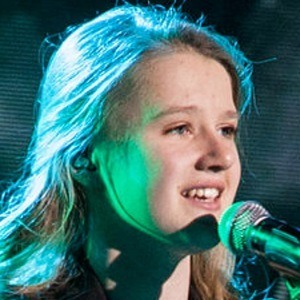 Dutch singer and guitarist who was crowned the winner of the second season of The Voice Kids in 2013. She has had numerous songs on the Dutch singles charts, including "The Edge of Glory," "Be Like You" and "Running With the Clouds."

She sang in the Podium Dinxperlo as a child and competed in her first talent show at age 12.

She performed at the coronation of Willem-Alexander as the King of the Netherlands.

She was born in the Netherlands.

She covered Dolly Parton's "I Will Always Love You" on The Voice Kids.

Laura Van Kaam Is A Member Of