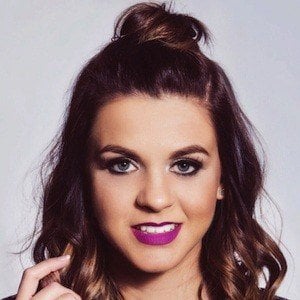 Presenter on the 2015 CBBC show The Dengineers who was also named a recruit to CBBC Presentation at their 30 Years of Children's BBC bash.

She was previously employed as a newsreader and journalist and got the opportunity to interview the prime minister at the time.

Her television debut was in 2014 when she wrote and presented comedy vlogs for Whoops I Missed the Bus. As a broadcast journalist, she covered League One and the Championship as a football reporter.

She has presented the DIY television series The Dengineers alongside Mark Wright.

Lauren Layfield Is A Member Of