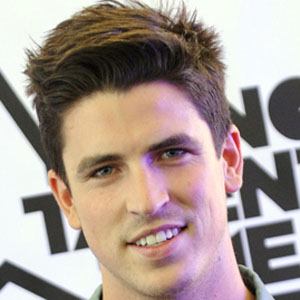 TV host and presenter who is most known for working on the show Prank Patrol, a children's series broadcast in Australia.

His initial career goal was to become a banker, but he soon abandoned that after deciding that he'd rather work in entertainment.

Both he and actor Andrew Blackman were born in Brisbane.

Scott Tweedie Is A Member Of