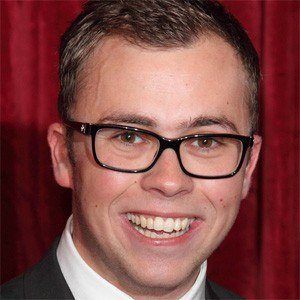 British actor who had notable television parts in series such as Coming of Age and Hollyoaks. He also starred as the title roles on stage in productions of Peter Pan and Richard III.

He made his debut on stage as a drummer boy in Snow White and the Seven Dwarfs and received his first television role a couple years later in My Spy Family.

He also has a passion for magic, showcasing his skills competitively in The Magic Circle's Young Magician of the Year competition and placing third.

His father is comedian Joe Pasquale. He began dating Hayley Tamaddon in 2014.

He acted opposite Jimmy McKenna on Hollyoaks.

Joe Tracini Is A Member Of