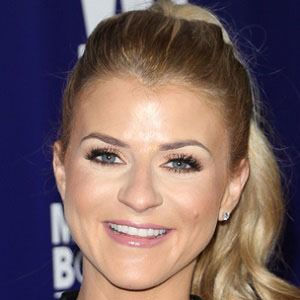 Blogger who runs the popular style blog TheStyleBAE, where she gives her opinions on fashion, fitness, food and more. In 2015, she appeared on the WE TV reality series Marriage Boot Camp: Reality Stars.

She graduated with a degree in Fashion Merchandising from LIM College in New York City and worked as an intern at Elle magazine.

She worked with famed shoe designer Guiseppe Zanotti during her time as an Associate Buyer at Saks.

She appeared on Marriage Boot Camp: Reality Stars with Mike Sorrentino, whom she married in 2018.

Lauren Pesce Is A Member Of