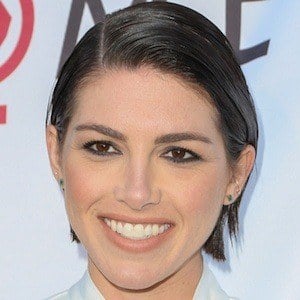 Season three star of Showtime's The Real L Word: Los Angeles who launched a jewelry line called LYON in July of 2011. Her innovative jewelry designs have been featured on MTV's Style, Curve Magazine, People.com and more.

She earned her Bachelor of Arts in communications from the University of Arizona.

She created the Equality Bracelet as a supporter of the LGBT community. She is featured in the 2015 documentary Girl on Girl.

She was born and raised in La Jolla, California. She and half-sister Betsy Russell were both born to father Richard Lion Russell.

She and Nicole Richie are both reality stars who attended the University of Arizona.

Lauren Bedford Russell Is A Member Of