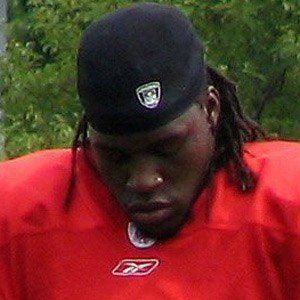 Running back who was an AFC champion with the New England Patriots in 2007 and joined the Denver Broncos in 2010.

He competed in football, basketball, baseball, and track at Normandy Senior High School in Missouri.

He was a two-time first-team All-Big Ten selection at the University of Minnesota.

Heisman Trophy winner Tim Tebow was his teammate on the Broncos.

Laurence Maroney Is A Member Of