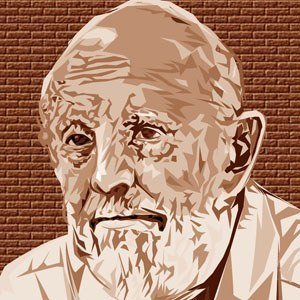 Cost-conscious architect known for his sustainable and organic designs that used local materials. Founded the Centre of Science and Technology for Rural Development for the sake of promoting the cause of low-cost housing.

He was a student of architecture at the Birmingham Institute of Art and Design, from which he graduated in 1937. He was a conscientious objector during World War II, and instead of fighting, he was a member of the Friends Ambulance Unit working in China and Burma.

He first moved to India as an architect for the World Leprosy Mission, where he would remain for the majority of his career.

His family was Methodist, but he became Quaker in his teens. He married Elizabeth Jacob, a doctor working for the World Leprosy Mission.

He was influenced by a chance meeting with Mahatma Gandhi when he was a young adult.

Laurie Baker Is A Member Of