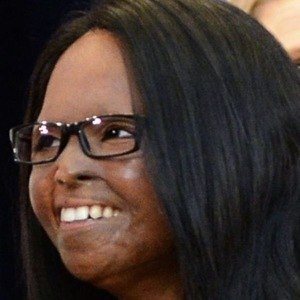 Television personality and activist who was profiled on the 2014 documentary series Satyamev Jayate. That same year she also appeared in a short form documentary titled Newborns.

At the age of 16 she was the victim of an acid attack perpetrated by a man who sought a non-reciprocated romantic relationship.

She was once the director of the non-governmental organization called the Chhanv Foundation.

She was born in New Delhi.

She was portrayed by actress Deepika Padukone in the film Chhapaak.

Laxmi Agarwal Is A Member Of