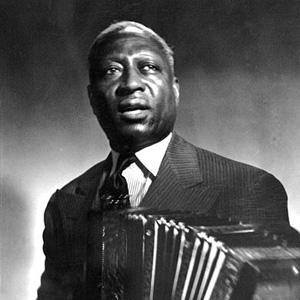 Folk and blues guitarist who played a twelve-string and released the hit songs "Black Betty" and "Ain't Gonna Study War No More."

He left home in his early twenties to pursue music, but ended up working as a laborer off and on before becoming famous.

He released more than one hundred songs over the course of his career, and could play piano, harmonica, and violin.

His parents were named Sallie Brown and Wesley Ledbetter. He had an older sister named Australia.

He wrote songs about the newsmakers of the era, such as Howard Hughes.

Lead Belly Is A Member Of