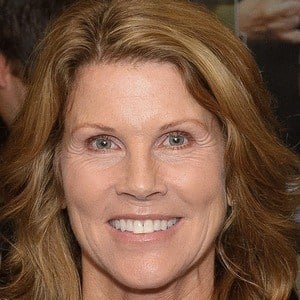 American actress who played the role of Jill Schrader in the HBO comedy 1st & Ten from 1986 until 1987.

She played her first major role as Valerie Bryson in the series The Edge of Night in the early 1980s.

She is the co-creator of Yoga Kit for Kids and Games for Life and was the Program Director for Yoga Ed.

She co-starred with Jean-Claude Van Damme in the series Bloodsport.

Leah Ayres Is A Member Of