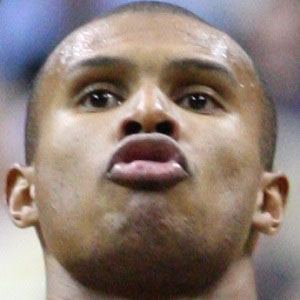 Guard nicknamed "The Brazilian Blur" who spent his first seven NBA seasons with the Phoenix Suns. He helped the Golden State Warriors win the NBA Championship in 2015. In 2017, he returned to Brazil and signed with Franca, a year later he signed with Minas Storm.

He began his professional career at age 17, with Brazil's Palmeiras.

He had one of his best seasons in 2007, when he won the NBA's Sixth Man of the Year award with the Suns.

He had two daughters with actress Samara Felippo, whom he married in 2008. He and Samara separated in 2010, then got back together before divorcing in 2013.

He was teammates with All-Star point guard Steve Nash for a number of years on the Suns.

Leandro Barbosa Is A Member Of