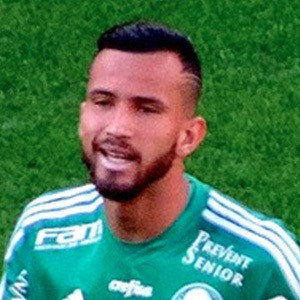 Professional football player who is known for his work as a forward on several Brazilian clubs including Matsumoto Yamaga FC and Club Brugge. He is also known for having been loaned to several clubs including Chapecoense, Sport, and Palmeiras.

He started his youth career playing for the Ferroviaria club before starting his senior career with the club in 2011. After being loaned out to the Mogi Mirim club, he joined the Cianorte club in 2013.

He is known for having won the Copa do Brasil during the 2015 season as part of the Palmeiras club and the Belgian Pro League in 2016 as part of the Club Brugge.

He was born and raised in Aracatuba, Brazil.

Other players also known for their work with Club Brugge include Riley McGree and Matej Mitrović.

Leandro Pereira Is A Member Of