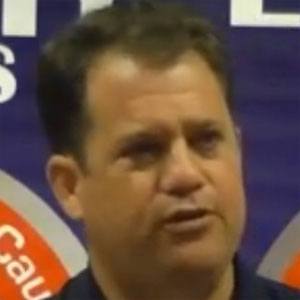 Republican Party politician and state senator. Representing a twelfth-district constituency of citizens from South Carolina's northern Greenville and Spartanburg counties, he began serving on the South Carolina Senate in 2008.

After graduating from Dorman High School, he assumed responsibility for his father's trucking company; the business later failed.

While serving on the Board of the Spartanburg School District, he advocated for the inclusion of creationism in the South Carolina high school science curriculum. A strong social conservative, he also opposed abortion and advocated for gun owners' rights.

His marriage to Amy Bright produced two children. A devout Christian, he was a member of the Ethics and Religious Liberties Commission of the Southern Baptist Convention.

He and Democrat Theo Mitchell both served on the South Carolina Senate.

Lee Bright Is A Member Of