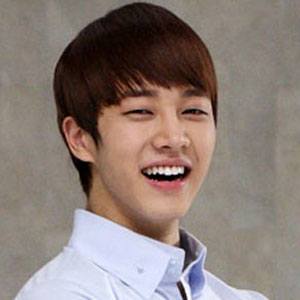 Singer, dancer, and performer who works with Cube Entertainment and who released the mini album First Episode A New Hero.

He developed a passion for hip hop when he was young and decided to pursue music when he was a teenager.

At the 2010 MBC Entertainment Awards, he was awarded the Popularity Award.

He was born in Kwangju, South Korea.

He and Yoon Doo-joon became members of the boy band Beast.

Lee Gi-kwang Is A Member Of