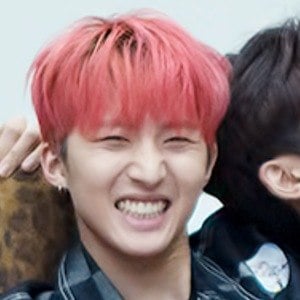 Pop singer who became known as a member of one of Cube Entertainment's largest South Korean boy band's, Pentagon. They are popular for their self-titled debut mini album Pentagon, including most notably, their hit "Gorilla." In 2017, he joined Triple H.

He and his bandmates were introduced through the Mnet survival show Pentagon Maker in 2016 to determine the group members.

His group's album, Pentagon peaked at number seven on the Gaon Album Chart.

His real name is Lee Hwi-taek, but he is also known under the stage name Hui.

He and Jo Jin Ho were both members of the boy band Pentagon.

Lee Hwi-taek Is A Member Of