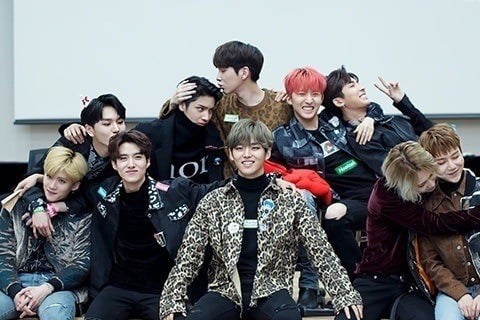 K-pop and electronic outfit formed by Cube Entertainment that released a self-titled debut EP in October of 2016. The band's name is abbreviated as PTG.

The group was introduced via the Mnet reality survival competition series Pentagon Maker. They released six EPs between 2016 and 2018. They won the Asia Model New Star Award and the New Artist of the Year Award presented by the Soribada Best K-Music Awards. E'Dawn left Cube Entertainment and the band in November of 2018.