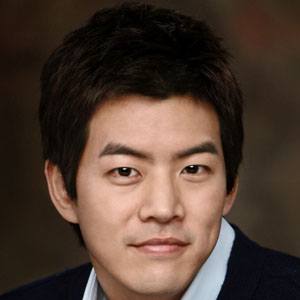 Famous for his leading roles in such South Korean television series as Angel Eyes, Goddess of Fire, and Life is Beautiful, this popular actor also co-starred in a 2014 romantic movie titled Santa Barbara.

He first appeared on screen in a 2005 commercial for Hite Beer. He subsequently won an MBC Drama Award for his role in the television series Home Sweet Home.

He earned a degree in physics from Seoul National University.

He was born and raised in Seoul, South Korea. He began dating singer Uee.

For their work in My Daughter Seo-young, he and Lee Bo-young were co-recipients of the 2012 KBS Drama Awards' "Best Couple" honor.

Lee Sang-yoon Is A Member Of