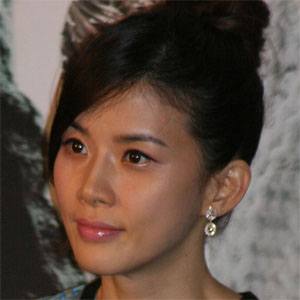 Former Miss Korea beauty pageant winner who had starring roles in the television series My Daughter Seo-young and I Can Hear Your Voice. She landed a major big screen role in 2008 for Once Upon a Time.

She started as a model before making her debut in People of the Water Flower Village and soon after played an antagonistic part in Save the Last Dance for Me.

She appeared on the series Athena: Goddess of War in a guest arc role as the President's daughter.

She married Ji Sung in 2013, six years after confirming they were in a relationship. They have a daughter named Kwak Ji-yoo and a son named Kwak Bo-ah together.

She co-starred with Lee Jong-suk in I Can Hear Your Voice.

Lee Bo-young Is A Member Of