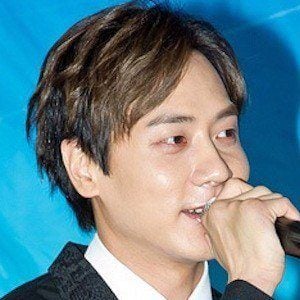 South Korean pop singer known for being the youngest member of the long-running band Shinhwa. Like most of his bandmates, he embarked on a solo career in the mid-2000s, but focused it more on acting.

While he was the second member to join Shinhwa, it wasn't his first foray into boybands. He was previously in line to join H.O.T., but his parents said he was too young to join at the time.

In 2013, he was temporarily removed from media appearances with the band after being convicted of illegally gambling on soccer.

He grew up in Seoul, South Korea. He's also known by the mononym "Andy."

He and Lee Min-woo performed together as part of Shinhwa.

Lee Sun-ho Is A Member Of