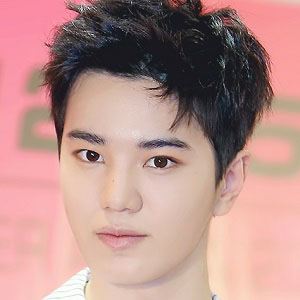 Singer best known as one of seven members of the Korean boy band Infinite. He is also enormously popular on social media, having earned more than 750,000 followers on Twitter alone. He joined the cast of Real Men in 2015.

Infinite has performed three Japan and Korea tours and two tours around the world.

He was born in Gwangju, South Korea. He has a brother named Lee Seon-gyu.

Lee Sung-Jong Is A Member Of