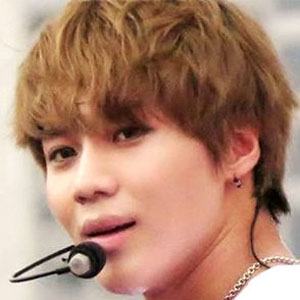 Singer and actor best known as a member of SHINee, a South Korean boy group, in which he serves as the maknae, main dancer, and a vocalist. In 2016, he made his Japanese solo debut. His full name is Lee Tae-min.

His acting debut came in 2009 in the comedy film "Tae Hee, Hye Kyo, Ji Hyun," which premiered on MBC. He became a member of the K-pop supergroup SuperM in 2019.

His family was residing in Seoul, South Korea, when he was born.

He appeared as Johnny in the 2012 animated movie The Outback, which starred Rob Schneider and Tim Curry.

Taemin Is A Member Of